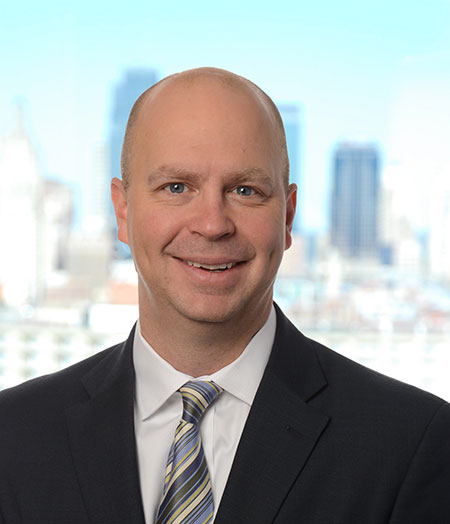 Nick Kurt is a trial lawyer who primarily practices in the area of commercial litigation with an emphasis on securities litigation and complex class actions. Nick prides himself on understanding his clients’ businesses and their objectives and factoring those considerations into securing the best outcome for them. He has represented officers, directors and corporations in state and federal security fraud matters and derivative suits. In addition to his civil litigation experience in the industry, he has also worked on regulatory matters with the SEC, FTC, FINRA and the CFTC. He has been involved in numerous SEC formal and informal investigations, as well as numerous internal investigations often related to ongoing litigation or parallel governmental inquiries. Nick also has extensive experience in defending businesses facing a wide variety of contract, tort and statutory claims, including large-scale class actions. Because of his efforts on behalf of his clients in federal and state courts throughout the country, he consistently has been recognized by his peers and colleagues as a “Rising Star” and “Super Lawyer.”

An experienced trial lawyer, he has achieved numerous defense verdicts in both jury and bench trials. Nick has also crossed the aisle and represented plaintiffs in business disputes and recently obtained a seven-figure damage verdict on behalf of a business client. Nick also has a proven and consistent track record of obtaining dismissals for his clients at early stages of litigation. Nick enjoys handling his cases through appeal and he has successfully argued before the U.S. Court of Appeals for the Eighth Circuit and the Missouri Court of Appeals.

Outside of the office, Nick enjoys traveling and spending time with his family and can usually be found on the sidelines of one of his four children’s sporting events. Nick maintains an active lifestyle and supports the Royals, Cubs, and Iowa Hawkeyes. Nick is also steadfast in his mission to get his home state of Iowa (a/k/a “God’s Country”) the respect and recognition it deserves.