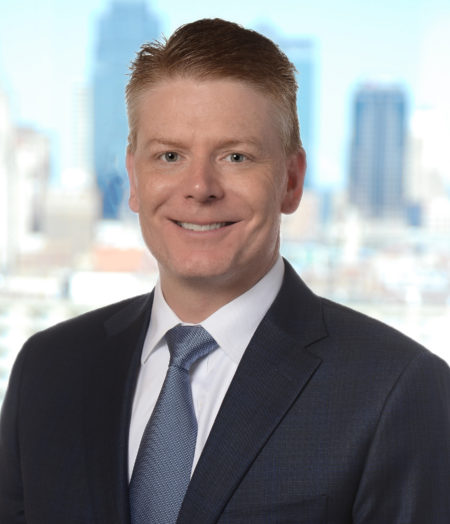 Jim Humphrey is a partner and member of the firm’s Business Litigation, Government Investigations, and Regulatory Compliance Practice Groups.  Jim brings more than 20 years of litigation experience to the firm in the areas of complex commercial litigation, officer & director liability, shareholder disputes, class actions, and multidistrict litigation.  Jim has also been called on to represent other law firms and lawyers in professional malpractice and tort claims.

After beginning his legal career as a judicial law clerk for the Honorable Gary A. Fenner, United States District Court for the Western District of Missouri, Jim joined a large Kansas City law firm known for its business litigation practice.  Jim was a shareholder in that firm when it merged in 2009 and became a rarity as a locally-headquartered AmLaw 100 law firm.  As a partner in that firm, Jim continued working with a variety of business clients and, among many highlights, led a trial team against the Federal Trade Commission and secured a rare victory against the U.S. government at a preliminary injunction hearing.

In 2015, Jim joined the U.S. Commodity Futures Trading Commission (CFTC) and its Division of Enforcement.  He served as a Senior Trial Attorney and handled investigations and litigation across the nation, including in the areas of solicitation fraud and Ponzi schemes, bitcoin and other virtual currency investments, spoofing involving electronic trading, insider trading, and money laundering schemes.  He also worked extensively with U.S. law enforcement and other regulatory authorities, including the U.S. Department of Justice, FBI, DEA, and SEC.