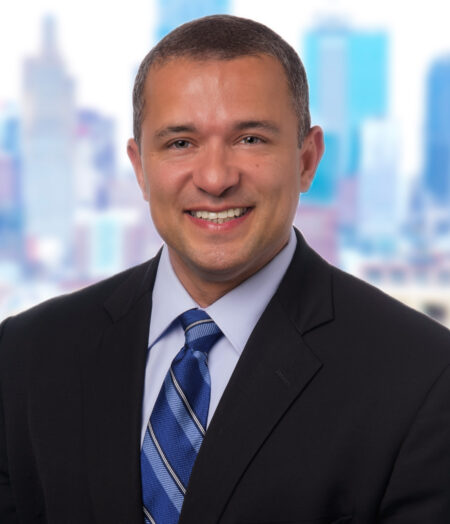 Shazzie Naseem concentrates his practice in the areas of complex federal white collar criminal defense and general business litigation. Prior to joining Berkowitz Oliver LLP in 2006, Shazzie served on active duty for six years as a Lieutenant in the United States Navy’s Judge Advocate General’s Corps (JAG Corps). During his tenure with the military, he litigated to verdict variously contested courts-martial involving violations of the Uniform Code of Military Justice. He represented hundreds of military personnel throughout various stages of internal investigations, inspector general requests, and administrative boards. In 2004, Shazzie was selected by his Command to act as a Special Assistant United States Attorney in the Central District of California for Naval Base Ventura County where he prosecuted violations of both federal and state law.

Shazzie uses the judgment, skill, and versatility obtained during his tenure as both trial and defense counsel to assist individuals and companies of all sizes in responding to criminal and regulatory investigations brought by federal, state, and local authorities. He has counseled numerous companies and individuals on investigation responses to various governmental inquiries and has extensive experience in the field of electronic information collection, review, and production to government agencies. Although he has broad experience trying cases to full verdicts before both judges and juries, Shazzie also routinely represents business clients at a range of alternative dispute resolution (ADR) proceedings, including representation of commercial interests that come before the American Arbitration Association.

Shazzie serves as a Criminal Justice Act (CJA) Panel Attorney for the United States District Court for the District of Kansas. Additionally, he travels the country as a faculty member for the Administrative Office of the United States District Courts Office of Defender Services Training Branch Law and Technology Series, which trains lawyers and paralegals on the successful use and implementation of technology in the practice of law.

Shazzie received his undergraduate degree in Philosophy and Religion from Truman State University in 1997 and graduated from The University of Notre Dame Law School in 2000.